Through media there are multiple influences that affect what society views as a “pretty man” or a “pretty women “ study reveals  that social media use could affect the self-perceived body image of young women and what they think they should look like along with what other your women should look like. A “ pretty women “ these days usually consists of someone who is active on social media and social media is affecting how young women perceive their own appearance and a certain image they have which is consisting of a coca-cola shaped barbie doll with  plastic surgery , hair extensions , eyelash extensions , nose jobs lip injections are many more image modifying procedures. The definition of a “handsome man “ is not as clear but  social media influences men to look muscular and wear a lot of expensive designer clothing and shoes . Conclusively , body types in media influence  both male and females. 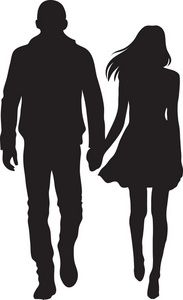